Rabbi Berel Simpser is a musmach of Yeshiva V’Kollel Ramach (Rabbi Zweig’s Yeshiva in Miami). He also studied at Yeshivas Rabbi Yitzchok Elchonon (Y.U.) and Ner Israel Rabbinical College in Baltimore.  In 1999, he founded the Community Kollel of Des Moines, established Aish MN in 2006, and currently lives in Florida where he is the Rabbi of the Young Israel of Aventura.

For over 25 years, Rabbi Simpser has worked extensively in the Kashrus Field.

In the 1990’s he was the O.U.’s Kashrus representative for the State of Florida, as well as the Kashrus Administrator of the O.R.B in South Florida.  He later became a field rep. for the CRC (Chicago Rabbinical Council) and the Star-K in the Midwest.

He is one of the most experienced Rav Hamachshirim in the areas of hotel Kashrus and kosher cruising, having supervised over 20 Pesach programs, close to 30 cruises, as well supervising large venues (5000+ attendees) such as the North American Federation’s General Assembly 5 day convention.

He has been training mashgichim in all facets of Kashrus for close to 20 years and founded INTERNATIONAL KOSHER MEHADRIN in 2008.

INTERNATIONAL KOSHER MEHADRIN certifies a growing number of production facilities in Florida throughout the year. 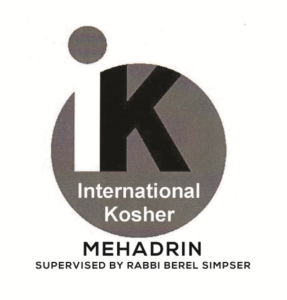